Unusual ads that have our attention

Adverts are statements, echoes of a brand, providing ways of presenting companies as something more than vessels for unnecessary purchases. In the age of the failing high street, businesses need to speak to us in more creative ways and appeal to our emotions rather than our purse strings. Brands need to change their approach to marketing to stay ahead of the game, and already this year some new campaigns have got our team talking.

Gillette – We Believe: The Best Men Can Be

Gillette, famed for their 90’s slogan, ‘The best a man can get’, exploded onto the social media scene last month with a new ad… and a new message. In recent years, adverts have become less about companies trying to sell us ‘things’ but rather, moments in time where we are transported into a mini movie world. From a heartbreaking tale of a man stuck on a moon at Christmas to the story of Elton John’s very first piano, many ads have taken the subliminal messaging route of if the audience connects with their message, they will feel the need to buy our products to prove it.

For Gillette, they made a very risky move with the new slogan ‘The best men can be’. The ad unavoidably alienates the portion of their consumer base that disagrees with their views on how men ‘should’ behave. How significantly that impacts their business remains to be seen, however the ad triggered an extremely divided opinion from the public. What was meant with good intentions was received with less than – outrage, boycotts and, of course, thousands of #trending tweets that polarised the brand as either boldly in support of the #MeToo movement or villainizing their consumer base. The overwhelming feeling is that it is a total marmite advert – you either appreciate the message or you don’t. But, in scrutinising ‘toxic’ behaviours on a global stage it achieves something more than marketing: igniting progressive discussions.

ITV/ Veg Power – Eat them to defeat them

We live in a world where if a child asks for an apple over a chocolate bar we think that’s odd. We’d be surprised, overcome with scepticism and confusion, like we’re being tricked somehow. With the news telling us year after year that our children are at growing risk of long term health conditions resulting from their diet and exercise regimen, the childhood health debate is a long standing one.

Advertising is partly to blame for the relationship we form with unhealthy foods, as our children learn to associate good feelings with fizzy drinks and sugar filled treats. However, ITV in association with Veg Power and a band of UK supermarkets recently premiered an unexpected new ad campaign, ‘Eat them to defeat them’, to combat childhood obesity. Although shot in an entertaining action movie parody style, the ad used incredibly underwhelming messaging. Fruit and veg are painted as the enemy, with carrots fashioned as daggers and brussel sprouts drowning unsuspecting parents, and children are presented as the only way to win the war.

Using child heroism as a motivator in a healthy eating ad is an undeniably fresh way to encourage our kids to play an active role in their health, but we can’t help but ask, does it not just reinforce the divide between healthy and unhealthy foods? Surely there’s a better way to encourage healthy eating that will better impact impressionable young ones in the long term. Aldi, for example, have done an incredible job with Kevin the carrot. He was a stand out favourite for families during the Christmas ad campaign season, and by humanising veg in this way a more positive relationship with healthy food was created. The stark contrast in approach for these two ads says it all.

Many of us have revelled in the growing convenience of Deliveroo. Whether you’re tired from a long day at work, catering for friends and family or just not that into cooking, it’s become a lifeline for many households nationwide who want low hassle, great quality food at home. Bye bye microwave chips!

Now, wanting to be seen as the top player in the takeaway industry, Deliveroo have renewed their marketing strategy. Adaptable to every lifestyle and scenario, the overarching message of ‘Food Freedom’ is that Deliveroo are the answer to reducing your everyday stressors. No matter your allergy, food preference or timing, you really do have the freedom to choose the food you want, anywhere and anytime. Breaking through the noise by playing with reality and appealing to us on more of a level than ‘i want dinner’ with some quit wit comes as a refreshing delight in their industry, and a robust way to kickstart 2019 for the brand. 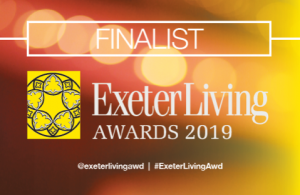